The home birth of my fourth baby…. 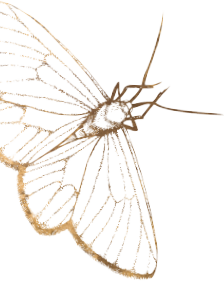 On Thursday the 5th of August 2010, at nearly 42 weeks, I thought my baby 4th was never going to come out, I cried most of the day, tears of worry, tears of responsibility, tears of feeling pressured.

The next day Mum arrived and took a weight off my shoulders by doing the school run so I wouldn’t have to face the “haven’t you had that baby yet” bamboozlement, and playing with my 2 year old all day. That afternoon I felt my first contraction and thought “baby is coming”!

Now this was a labour of first time experiences is so many ways. Previously, I have had my first contraction, and then a few hours later I have my baby. A few hours later I had had about 10 contractions and a show (another first), I spoke to my midwife, and we thought “tonight’s the night”. The kids went off to bed with the thought that they might meet their baby soon. Contractions heated up around 10pm, then…..  they went away.

So we went to bed and I continued to contract quite strongly once an hour through the night.

I woke the next morning slightly annoyed I was still pregnant, but also happy that without doubt baby was coming very soon. My partner took the kids out and I nested, baked, swayed, and talked to my baby. Contracting about once or twice an hour all day. More tears in the evening as things died down again, I was tired, so went to bed hoping to get some sleep so I would have some energy when baby came. Again I contracted every hour through the night, the contractions were stronger and something about them was sharper. I woke with each one, they lasted about 90 seconds. Throughout all this, my beautiful baby felt totally fine and let me know it was doing well, just doing things in a very different way to how I do them!

Going into this labour I had wished for a little more lead up to giving birth, as with my third baby’s birth, it was all over start to finish in 2 hours. I was beginning to regret that wish on the third morning of prelabour! Again my husband took the kids out, then my parents picked them up for an all day adventure. I was feeling very supported in my journey, clearing the way, checking in and breathing a space for baby. The day went on the same as the two before, and I asked my amazing acupuncturist to come around and do a session. She travelled forty minutes to come and see me. What followed was a very loving, but very intense acupuncture session, she also treated my husband for a cold he had coming on! By the time she was leaving contractions were ten minutes apart and as the door shut behind her they came every 4-5 minutes. Soon after we felt to call our midwife and doula, although I didn’t feel I needed anything, we all thought it could be very fast once it happened with all the prelabour.Some time soon after, around 5:30pm, I wanted to get in the pool, aware that it could be too early, but the contractions felt sharp, like I wanted to jump out of my skin and I was finding it harder to relax.Before long I was in the pool, aaahhh! Things slowed for a little while but before long I was back into 5 minutely contractions. During all these contractions I was visualising a disc of light in my pelvis, of endlessly opening flower petals, like pinky white camellia petals. I had music and chanting playing the whole time, the house felt beautiful, calm, quiet, I was really with it between contractions and having a chat. The candle in the photo was given to me by my sisters it was in front of my pool, at one stage I was staring at it and the flame was huge. I could feel them all with me, holding me through this awesome time.

My dear friend arrived then to help Mum with the kids.

At the end of each contraction I felt like throwing up now, they were so strong, I felt the baby flutter inside and asked my midwife to check, baby’s heart was slightly fast and so was mine, but I felt ok, so I knew the baby did too. Soon after I said, “wow, these breaks are so long, how long”? She said still 5 minutes. I decided to have a feel of what was going on inside, “Hmmm, that feels like my baby’s head with a cervix just about fully dilated”. Straight away I had about 4 or 5 contractions and changed positions to dilate that last little bit. It was full on, big, big opening up, I felt myself backing away and then just breathed into the feeling, it was a much bigger feeling than I have ever felt before in my previous three labours.

And then came that overwhelming feeling of the baby wanting to come out. To me this stage felt very long, the feeling of pushing was very different again, I usually love pushing, but this was stingy in whole new way, every push was a major exercise of the mind. (It was actually about 10 minutes)!!

I was leaning forward on my knees over the edge of the pool when the baby’s head started to come out, I knew it was going to hit the bottom so I kneeled back sitting up and out came my sweet baby’s head, looking at me! Ah, so that’s a posterior labour! Still in the caul, I saw the little eyes and pushed baby out into my hands and up to my chest. Amazing relief to have done it, amazing relief my baby was fine, my husband was next to me so proud so happy so much love radiating from his eyes. This was at 7:40pm.

Baby’s cord was short, I had to crouch down to hold it. The cord was tightly between the legs, but I had a little feel, and felt sure i was holding my little mermaid. I waited until my husband asked and we had a look, a beautiful baby girl, cried loudly and clearly, every breath so easy and strong. The kids and Mum came in just as she was born, a beautiful celebration of smiles and wonder, our baby was finally here! She vigorously fed for about 15 minutes and we decided it was time for 3rd stage.

Biggest brother held her while I birthed the placenta, I had expected it to drop out as

I got out of the pool, mmm not this time! The placenta still hadn’t come after an hour, I felt fine, but the midwives were worried, so they gave me Syntocinon, another first. Still nothing, I was focusing on letting go, saying thank you, but nothing. Our backup midwife arrived just as our baby girl was born and is a placenta expert! She massaged and a huge clot came out, (I thought it was the placenta)! and then soon after the placenta, followed by another enormous clot. (so the cord wasn’t actually short, it was being held back by the clot). A bit of blood followed, I felt fine although there was a bit of worry that after such a long labour I might hemorrhage. I didn’t. I went to bed with my precious girl , brothers and sisters all tucked in their beds, Daddy and Granma so happy and proud, and I stared at her, fed her, smelled her and fell in love with her all night.

This pregnancy was such a gift, she was breech for part of the pregnancy, as was her big sister. Through this 4th baby being breech I came to know that more than anything I could birth my baby which ever way she wanted to come at home, and that I was capable of being a Mother of four!

When a baby is breech, one theory is, that they are bringing their head up to be near the mothers heart, to comfort, listen and be near. I definitely felt this with both my breech babes, especially the second. Whenever I was feeling overwhelmed in my Mothering, I would remember my babe up near my heart, she would remind me to breath and take the path of love. I am so grateful for her teachings.

My Midwives’ were so wonderful, and they believed in me too, so when I thought I was going to have a breech birth at home, although they could no longer support me at home they were happy for me to look for someone who would.

I knew who to call, two warrioress midwive’s offered to take me on at 38 weeks with a breech baby at home, if baby didn’t turn. This was so amazing and important for me to feel completely supported. The very next day it turned out that baby girl did a flip and wanted to come out head first, just back to front! I feel that knowing I could birth my baby naturally, supported by midwive’s, anyway she chose to come was just what we needed, to feel relaxed and safe, to let go, so she could turn.

What better way to learn that I was capable of mothering four young children than to have an awesome, empowering birth, where I learned (again)! to trust the process, trust my baby and trust birth. To know I was capable of a three day labour of a posterior baby in my home, surrounded by love, trust, wisdom and beauty. The perfect start to my Mothering of many path.